Sponsor an Oneg Shabbat or Kiddush
Why not celebrate with your MJC family?
Call the Synagogue Office to make your reservation now!

The idea of a public place for ritual and worship is as old as humanity, with the remains of ancient altars and temples found throughout the world. The modern synagogue combines in its physical structure and in its prayers and ceremonies, the memory of such places in the history of Judaism.

The Tabernacle continued to serve as the spiritual focal point for the Jewish people in the Land of Israel for another 440 years. It stood for 14 years in Gilgal, for 369 years at the “threshing floor of Shiloh” (presently a West Bank “settlement”), and for 57 years in Nob and Gibeon.

In about 1,000 BCE, Jewish life in the Land reached a peak of achievement with the Kingdoms of David and Solomon and the building of the Temple in Jerusalem. Judaism now celebrated festivals of national pilgrimage, and a liturgy comprising the inspired poetry of the Psalms was sung in a Temple administered by hereditary priests and scribes and musicians. (The word ‘cohen’ means ‘priest’ – Jews today with the family names Cohen/Cohn/Kahn/etc. are descendents of those priests. Jews named Levi/Levy/Levine/etc are descendants of the scribes and musicians.)

The Temple was destroyed by the Babylonian army of Nebuchadnezzar in 586 BCE, and the Jewish leadership was exiled, many into slavery in Babylon. When the re-building of the Temple began in 515 BCE, after the return to Jerusalem, Ezra the scribe instituted the public reading of the Law, which is now a centrepiece of the synagogue service.

In 70 CE the Second Temple in Jerusalem was destroyed by the Romans. Rome celebrated its victory by building the Arch of Titus, which still stands in the Forum there. The facade of the Arch shows the Roman legion in its triumphal procession in Rome, bearing the sacred objects of the Temple including the menorah, which has never since been found.

As the ritual of Temple worship came to an end, synagogues and synagogue services evolved, with an order of prayer established by the sages. Their idea was that the ritual of the Temple sacrifice would be replaced by formal worship. These sages came to be known as ‘rabbis’ (The word ‘rabbi literally means ‘my teacher’.)

The word “synagogue” is simply a Greek translation of the Hebrew ‘Beit Knesset’, meaning ‘House of Assembly’. Other Hebrew terms, less frequently used, describe the synagogue as a ‘House of Study’, or a ‘House of Prayer’. A synagogue is the social, intellectual and spiritual centre of its Jewish community’s life.

The earliest origins of the synagogue are unclear. The Jewish tradition is that special places of worship were established during the Babylonian exile, and there are also controversial first century archeological finds in Israel. However there is no doubt that synagogues were established by the first century by communities outside Israel, certainly in the great trading centres of Alexandria in Egypt, the Greek island of Delos, and Ostia near Rome, before the destruction of the Second Temple. There are undoubted archeological remains of synagogues in Israel by the second century. … 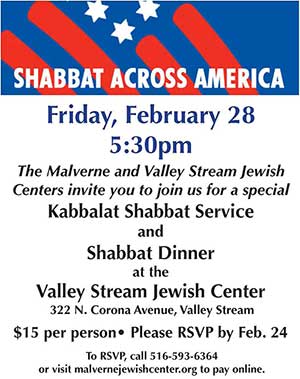