Rosh Hashanah is about renewal, rebirth, return and reconnection; with ourselves, our community, our faith, our past and future, and our universe. Among other names, this day is also called Hayom Harat Olam, the day of the birth of the world. Like Shabbat, Rosh Hashanah is a day when we take a break from our regularly scheduled lives to acknowledge God’s amazing creation, a world that was designed not to be perfect, but to support life, human and plant and animal.

One of the prayers traditional Jews say in the morning, nicknamed “the bathroom blessing,” begins, Baruch ata Ado-nai, Elo-haynu melekh ha-olam, asher yatzar et ha adam b’chochma, blessing God who created our bodies with wisdom; giving us openings and enclosed organs, and if any of them don’t work properly, we aren’t able to do God’s work here on earth. It’s amazing how adaptable our bodies can be. I know I haven’t always treated my body with the proper respect; eating too much, then crash dieting, pushing myself too hard, not taking time to rest when I needed it. I imagine we’ve all been there, done that. But thank God, we’re here today, because the human body was created in a way that allows it to adapt to these abuses, to recover from illness and injury, and to keep on going until it eventually wears out, or God forbid, something catastrophic happens.

However, as we get older and continue that behavior, our bodies don’t adapt as well as they did years ago. So it is with our physical world, our planet. We’re at a critical point in the life of our planet where the naturally-balancing ecosystems are having a much harder time renewing themselves.

You don’t need me to tell you that climate change is real, and that it’s happening at a significantly faster rate than at any time in the earth’s history. Fifty and 60 years ago, we were fighting to stop the pollution of our air, water and land. We began to recycle newspapers, cans and glass … and I remember being in the Environment Club in junior high at recycling events … the boys would sit in the truck digging out the Playboy magazines that had been brought. I wish I had a picture of that now!

The concern that we might be destroying the planet isn’t new, nor is it limited to the United States. In the documentary, “Waking the Green Tiger,” environmental experts in Communist China told how in the 1940s – as the country’s industry was emerging – they warned against the effects it would have. One woman told of how thousands of people would go out on the beaches and swing cloths to kill swarms of swallows, only to realize they created a huge mosquito problem as a result. Nothing exists in a vacuum, and every one of our actions, or in-actions, has its reactions.

In a rabbinical school class called, “Judaism and the earth,” I wrote a paper about pollution. I was astounded to learn that in Israel, on Yom Kippur when there are almost no cars on the road, there’s significant improvement in the air quality To give you an idea of just how significant, last Yom Kippur in Haifa, the concentration of nitrogen oxides, which is a marker of vehicular pollution, was 3.3 parts per billion compared to up to 181.3 parts per billion the morning before. We’ve been told for ages to use our cars less; this shows us just what kind of an impact something like that might have.

My purpose this evening isn’t to give you a laundry list of things to do to help stop global warming, but to give you an idea of just how Jewish it is to do it. The people Israel are intimately tied to the land, and not just the land of Israel. Rabbi Art Green, in speaking about religious environmentalism asked, “Is it coincidence that the first species to have the ability to destroy our biosphere as a fit habitat for all higher forms of life is also the first to be equipped with the moral conscience and perspective that might prevent us from doing so?”

If you grew up like I did, Judaism was something that happened in synagogue and Hebrew school, and perhaps at home with Shabbat candle-lighting and celebrating holidays. Working to save the environment happened in the secular world; no one told us that we were embodying Jewish values when we protested a planned highway, refused to use paper straws, never mind plastic, and the plastic grocery bags that have been banned in New York as of next March hadn’t even been invented.

A week ago yesterday, we read parshat Ki Tavo in synagogue. This reading, in addition to outlining the recitation and blessing for the first fruits – which appears in our Passover Haggadah–also contains a list of blessings and curses. As modern worshippers, we often rebel against the concept of reward and punishment for obeying or not obeying God’s mitzvot, God’s commandments. The reality is, however, that everything each of us does, individually and collectively, has an effect on everyone else and everything around us.

Most of us don’t make our living off the land today, but without it, we can’t live. The Cliff Notes version of the tochecha – rebuke, or admonition – is that if we turn away from God and worship other Gods, then despite our best efforts, the rains won’t fall and the land will stop producing. I won’t go through the other 40-plus yucky verses of terrible things that will happen, but when images such as “the heavens will be like iron, the earth like brass, harvests will be poor, people will flee in terror” come up in our text, it’s hard not to think about their relevance for today, and honestly, when I look at our sacred texts, I want to know how they relate to MY life, not to some person 5,000 years ago.

Following the tokhekha are uplifting verses heralding the potential for redemption – a return to a more prosperous time. But unlike Cyrus, the benevolent King of Persia who encouraged the Jews of Babylonia to return to the land of Israel, Planet Earth doesn’t have the ability to think, it doesn’t have a conscience. God gave us the land to rule over and to make it work for us, but also to watch over it and care for.

In the first creation story, Genesis chapter 1, God told Adam, p’ru u r’vu u meelu et ha-aretz v’kivsu-ha, “be fruitful and multiply, fill the world and have dominion over it.” In the second creation story, chapter 2, God puts Adam in gan eden, the Garden of Eden, l’ovdah u l’shomra, to work it and to watch over it. At that time, everything was in balance; plants, animals and people coexisted and supported each other, but living in Utopia wasn’t going to last, or have meaning and purpose.

A midrash explains the mandate for humanity to care for the physical world, saying that after God created Adam, God took him and showed him all the trees of the Garden of Eden, and said to him, “See My works, how beautiful and praiseworthy they are. And everything that I created, I created it for you. Be careful not to spoil or destroy My world — for if you do, there will be nobody after you to repair it.”

Our tradition, our texts, our teachings, call us to return to balance with the world of which we are just one part. In this new year of 5780, may we consider how our actions, and inactions, are affecting the world around us. Honi HaMagel, who is famous for drawing a circle in the stand, standing inside it and refusing to move until God sent the proper amount of rain for the drought-stricken land, appears in another story. One day Honi was journeying on the road and he saw a man planting a carob tree. He asked, “How long does it take for this tree to bear fruit?” The man replied: “Seventy years.” Honi then asked: “Are you certain that you will live another 70 years?” The man replied: “I found already grown carob trees in the world; as my forefathers planted those for me so I too plant these for my children.”

Seventy years from now, when our children and grandchildren look back, what do we want to say? And what will our answer be? 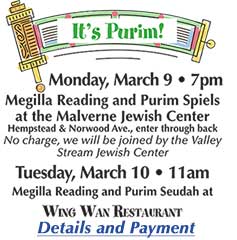