VaEtchanan: Until His Final Breath 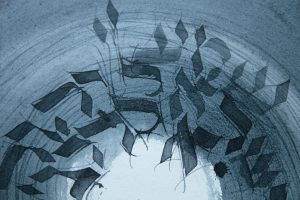 “Observe God’s laws and commandments, which I enjoin upon you this day, that it may go well with you and your children after you, and that you may long remain in the land that the LORD your God is assigning to you for all time.(Dev. 40:40)

Then Moses set aside three cities on the east side of the Jordan to which a manslayer could escape, one who unwittingly slew a fellow man without having been his enemy in the past; he could flee to one of these cities and live”. (Dev. 4:41-42)

While reading this week’s Torah portion, VaEtchanan, I was struck by the “white space” in between verses 40 and 41. It seemed as though the Torah simply dropped one subject and picked up another with no segue. But since I know there’s a reason for every stroke and blank space in the Torah text, I knew there had to be some sort of connection.

Checking our commentators, in this case Rashi, Ibn Ezra and Sforno, proved me right. They see Moses showing the Israelites that he was willing to practice what he was preaching; in this case, fulfilling a mitzvah. And not just any mitzvah, but a very important one, because the Torah makes a distinction between a person who murders and one who accidentally takes a life, and wants to protect the latter from revenge by the victim’s family. These cities of refuge, one in each tribal area, would provide a safe haven for such a person, at least until the Kohen Gadol, the high priest, dies. That’s a discussion for another time!

We know from the opening verses of this portion that Moses knows he won’t enter the Land of Israel, and that the end of his life is drawing near. As Sforno comments, “though about to depart the earth, [Moses] wanted to perform at least this commandment, the observance of which is linked to the land of Israel.”

Performing mitzvot–whether you consider it following God’s commandments or “doing good deeds”–is something each of us can do at all times in our lives, pretty much up until the end. Moses could easily have left the task of setting these cities aside for Joshua and the Israelites who enter the land, but he chose to do it himself.

As it says in Pirkei Avot, “Rabbi Tarfon said: the day is short, and the work is plentiful… and the reward is great…” May we be blessed with the ability to perform mitzvot and gemilut hasadim–acts of loving kindness–as long as we have the breath of life within us.