Parshat Pinchas: Looking For The Good 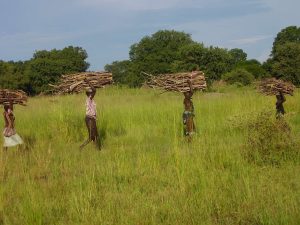 My friend Sylvia (who says I’m her favorite female rabbi) is almost 98–may she live and be well–and is often troubled by the harsher judgments and more problematic passages in the Torah. And rightly so; there are plenty of times when our idea of a compassionate God who forgives sin is challenged.

As someone who was marching for women’s and civil rights while I was a toddler, Sylvia has a strong sense of justice, and I was reminded of that while I was reading this week’s parashah, Pinchas. Stuck in between Pinchas’ vigilante justice that stops a plague and the listing of sacrifices for various days and festivals, is a division of the land among the 12 Tribes, passed down from father to son.

Five women, the Daughters of Zelophechad; Mahlah, Noah, Hoglah, Milcah, and Tirzah, petition Moses. “They stood before Moses, Eleazar the priest, the chieftains, and the whole assembly, at the entrance of the Tent of Meeting, and they said, “Our father died in the wilderness. He was not one of the faction, Korach’s faction, which banded together against Adonai, but died for his own sin; and he has left no sons. Let not our father’s name be lost to his clan just because he had no son! Give us a holding among our father’s kinsmen!”

Moses brings the matter to God, who rules that they should be allowed to inherit their father’s land. We have to wonder, however, who is Zelophechad, and what was his sin? Our sages connect him with a man previously in parshat Beha’alotekha, who was found gathering wood on Shabbat. Here, too, Moses brought the matter to God, and the reply was that the man should be stoned.

Gathering wood on Shabbat is a forbidden activity, but we also learn that Shabbat can be violated in order to save or preserve a life. In what I call “The Midrash According to Sylvia,” we have just such a situation–the unnamed man is gathering wood “to make a fire to warm someone who is sick.” Even the Rambam (Moses Maimonides) couldn’t argue if that were the case!

What if his intent in gathering the wood really was to preserve life? The text never tells us that this man was given “a fair trial,” or even the ability to tell his side of the story. Did the Holy One of Blessing jump to an incorrect conclusion? Perhaps, specifically allowing Zelophechad’s daughters to inherit his holdings is a tikkun, a way of righting a wrong?

We may never get a satisfactory answer, but Sylvia’s take on this reminds us to look for the good; to try and find positive motivation and give people the benefit of the doubt.