Life: The Luck Of The Draw? 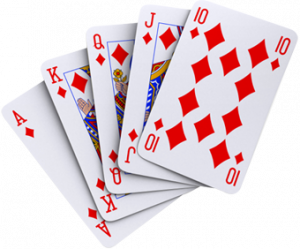 A few weeks ago, towards the end of Talmud Tractate Megilla, I wrote about various sages in the Talmud who lived to “old age,” whatever that meant 2,000 years ago, and to what they attributed their longevity. I noted my chuckle over one rabbi, who when asked, retorted, “Why do you ask? Are you weary of my long life?” All of the sages who responded credited their good deeds and ethical and moral behavior for their length of years.

Now, at the end of Moed Katan (dealing with the intermediate days of Passover and Sukkot), that thinking gets turned on its head, and the sages agree that length of life is pure luck.

The Talmud (28a) shares, “Rava said: Length of life, children, and sustenance do not depend on one’s merit, but rather they depend upon fate. As, Rabba and Rav Ḥisda were both pious Sages; when each would pray, rain would fall. However, their lives were very different. Rav Ḥisda lived for ninety-two years, whereas Rabba lived for only 40 years.The house of Rav Ḥisda held 60 wedding feasts, but the house of Rabba experienced 60 calamities. Rav Hisda was wealthy, Rabba was poor.

As my Grandma Nettie z”l used to say, “If it’s not your time, even the doctors can’t kill you.” She lived nine years after a prognosis of six months.

And speaking of Rav Hisda, although he didn’t attribute his length of years to his merit, the Talmud certainly alludes to it: In a discussion of various sages trying to delay the inevitable and rebuff the Malakh haMavet, the Angel of Death, we read that the angel was unable to take Rav Hisda because his mouth was never silent from study. The Angel of Death went and sat on the cedar column in the study hall of the Sages. The column cracked, and Rav Hisda, startled by the sound, was silent for a moment, enabling the Angel of Death to take him.

Modern medical advances are often blamed for leading us to believe that death is a medical condition that can be treated or cured; that we can delay or possibly even avoid death, as opposed to accepting that it’s a natural part of life. However, the desire to not die, or the fear of dying, was clearly on the minds of our ancestors.

Wanting to live a good, long life isn’t new, and we’re in good company with the likes of Rabbi Hiyya, Rav Sheshet and Rav Ashi, who all asked the Angel of Death for more time.