Vayechi: Spiritual Support For The Dying 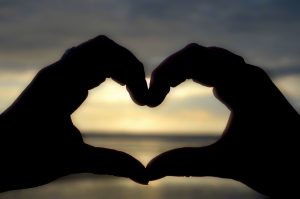 This week’s Torah reading, Vayechi, begins by telling us that our patriarch Jacob, “lived 17 years in the land of Egypt,” once he had been reunited with his beloved son, Joseph. This sentence sets the stage for the end of the patriarchal era, as well as the book of Bereshit, Genesis. Thinking back several chapters, a careful reader might remember that Joseph was 17 years old when he was sold to the passing caravan, and these two periods bookend Jacob’s life.

In his translation of the TaNaKh, Robert Alter comments that Joseph spent the first 17 years of his life in “his father’s lap,” and Jacob spent his last 17 years in “Joseph’s lap.” The parent-child dynamic has shifted, as so often happens as we age. We grow up needing our parents, and they end up needing us.

What Jacob needs from Joseph isn’t physical or medical care; he has 11 sons and their families to take care of him. What he needs from his favored son is spiritual support. He needs the assurance that his life has had meaning, that he has made a difference in the world, and that his progeny will carry on his work and legacy. For this, he turns to Joseph, the son who has become second-in-command to Pharaoh, and has raised his family in Egypt.

Jacob is the first person in the Torah who has some notice of his impending death; and according to Midrash, he asked the Holy One of Blessing to give him time–rather than simply being alive one moment and not the next–to put his affairs in order. This is also the origin of saying “Gezundheit,” or “God Bless You,” when someone sneezes (see Pirkei d’Rabbi Eliezer 52:6).

Jacob was able to live out his last days knowing that his grandsons, Ephraim and Menashe, who had been born in Egypt, would be guarantors of the faith and belief system he had inherited from his fathers, Abraham and Isaac. While father and son may not have lived in close proximity between the Egyptian capital and Goshen, the spiritual connection transcended the distance.

Whether we care for a parent, friend or other relative, if we’re the one being cared for, while we have our basic physical needs taken care of, may we also blessed with the spiritual support and connections to our faith, to the Divine, and to others.