The Year of Narrowing 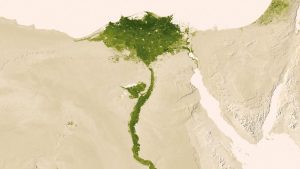 Mitzrayim, “the narrow places.” In our Torah reading cycle, we left Mitzrayim, the Hebrew word for the lands of Egypt, weeks ago, but in our calendar, we’re just two weeks away from retelling the story of Yetziat Mitzrayim, the “Going out of Egypt,” and our redemption from slavery.

Our adult ed discussion last night focused on the new moon, related rituals such as Kiddush Levana, and God’s commandment that the month of Aviv (spring), when we left Egypt, be the first month of the year. This meaningful and important commandment is given while we’re still in Egypt, and is followed by instructions for acquiring, preparing and eating the Passover offering. Being in control of one’s time is a mark of freedom; people who are enslaved are slaves to the clock and calendar as well.

Those with a basic knowledge of Hebrew have likely realized that the word Mitzrayim is plural, but like me, may not have thought about why. According to my friend and colleague, Rabbi Yechiel, the most reasonable explanation that has been given has to do with the fact that in ancient times, Egypt was divided into two areas, upper and lower Egypt, which at some point, were united into one. We can also think of the narrow (tzar) strips of land on either side of the Nile River, which benefit from its yearly flooding.

For the past year, many–if not most–of us having been living in a meitzar, a narrow place, because of the pandemic. Our worlds shrank and we moved our lives online. With more than half a million lives lost to Covid-19 in the US, we have all been affected directly or indirectly. Now, with millions being vaccinated and millions more scheduled, we’re coming through the Sea of Reeds, potentially leaving the narrow spaces, and emerging into a limited sense of freedom.

There are clouds and silver linings, and the question is, how did we make use of our time in Mitzrayim? The Israelites spent hundreds of years developing basic building and craft skills so they’re be prepared to build God’s dwelling-place in the wilderness. The annual flooding of the Nile allowed the narrow strips of land on each side to blossom, and during the past year, many of learned new skills and how to make lemonade from the lemons we picked up curbside at the grocery store.

Passover and Spring and times for reflection and renewal. May we soon be blessed to emerge from our Mitzrayims and safely expand our horizons.