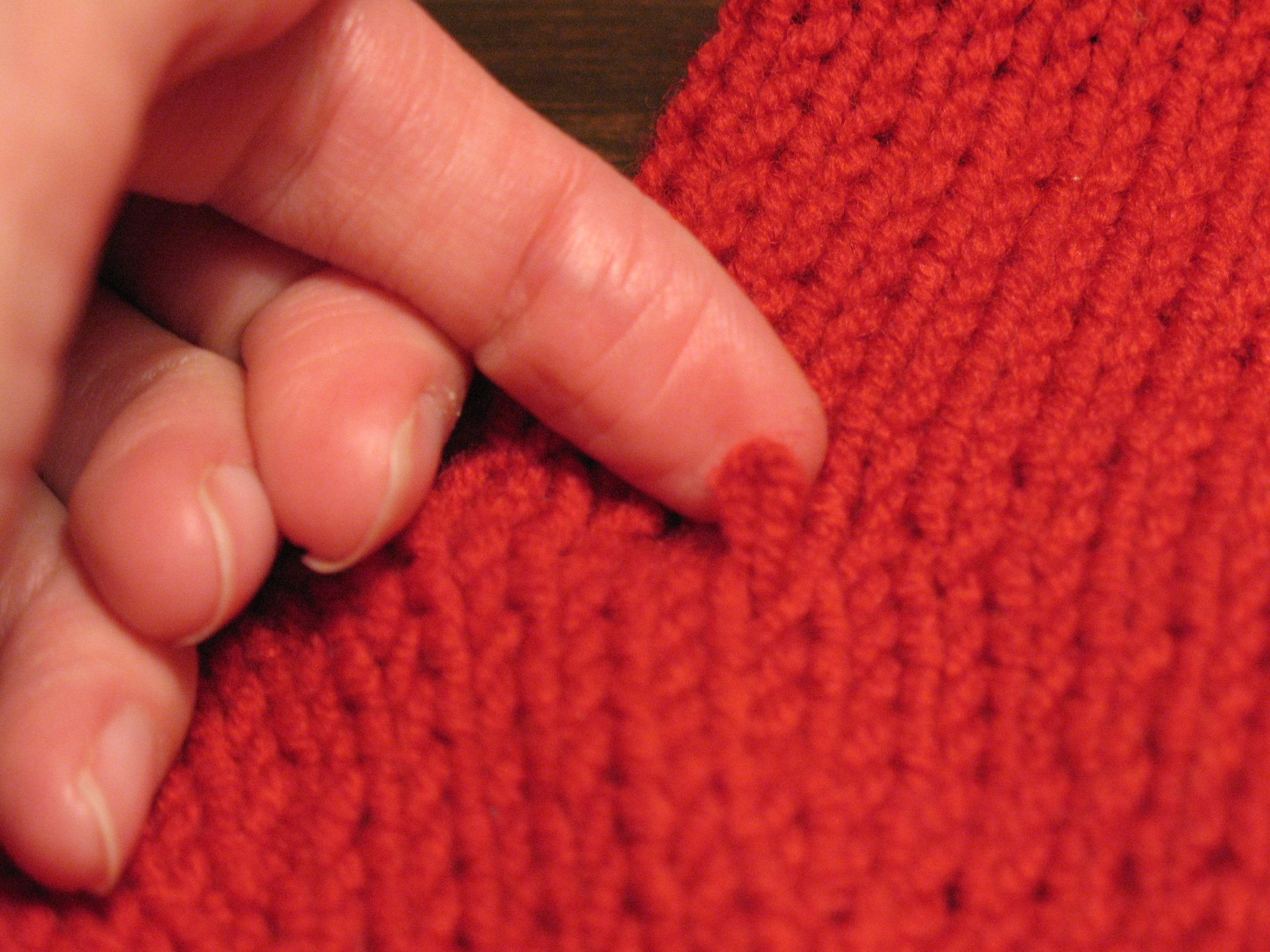 It’s really hard to be wrong, to have regrets, to be on the “losing” side of something. Making (and acknowledging) mistakes is also hard, if not harder.

When I’m knitting, and realize there’s a mistake in the piece, perhaps several rows back, I often dig in and continue knitting, thinking that somehow, magically, the mistake will fix itself. It hasn’t happened yet, but it’s a rare knitter who hasn’t soldiered on rather than rip box and fix it, only to have many more rows to rip when we finally have to deal with the problem.

In an episode of the movie, “Dave,” where Kevin Kline plays a presidential look-alike who has to stand in for the president, he questions an multi-million dollar line item for advertising American automobiles which people have already bought. Seems like a silly expense, and in the movies it’s easy to move that money over to an organization that helps children, but in the real world, companies spend millions on advertising to remind people that they made the right decision when they purchased that car, home, exercise bike or other item.

Buyer’s remorse is a fact of life; we won’t always be happy with our decisions, even if it’s accepting an invitation to party (remember those?) and wondering if a better one would come along.

In this week’s Torah reading, Bo, God opens by telling Moses, Bo el Paro, ki ani hik-bad’ti et leebo, “Come/go to Pharaoh, because I have hardened his heart…” To give some context, coming up now are the final three plagues; locusts, darkness and the killing of the first-born of the Egyptians. As problematic as that last plague is, I struggle more with the idea of God being the one to harden Pharaoh’s heart so that he won’t let the Israelites leave. An often-quoted commentary tells us that Pharaoh starts by hardening/stiffening his own heart to the point where it’s impossible to soften it. In essence, Pharaoh digs in his heels and can’t move, or be moved.

The fact that Pharaoh’s advisors (10:7) plead with him to let the Israelites leave, saying, ha-terem taydah ki ovdah Mitzrayim, “Are you not aware that Egypt is lost?” doesn’t help. Although he calls Moses and Aaron back and offers to let them go and worship God, he’s only making a half-hearted effort by putting conditions on the request, which aren’t acceptable.

We all have a little bit of Pharaoh in ourselves; we put blinders on, we dig in, we harden our hearts, and we get to the point where we can’t stop sliding down the slippery slope. Perhaps Pharaoah’s stubbornness and ultimate demise are a reminder to us that we do have free will, we do have the power to change and to fix or learn to live with mistakes and regrets.

We rarely have difficulty recognizing this kind of behavior in others; the question is, how do we recognize this in ourselves, and allow softness and acceptance into our lives?