Lighting Up The Darkness 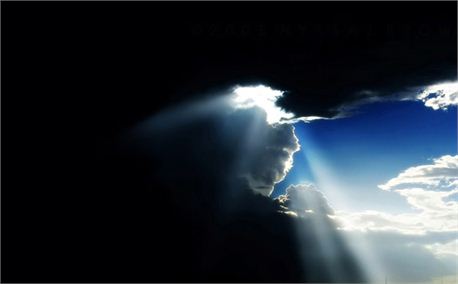 Darkness and light are motifs that have been around since, well, the beginning. Coming as it does at the darkest time of the year in the northern hemisphere, Hanukkah–the Festival of Lights–acknowledges the very human desire and need for illumination. If the heavenly lights aren’t quite shining enough, we create our own.

At the simplest level, dark and light help us to mark time, to know when to start and stop work, and to help regulate our circadian rhythms, our “body clocks.” There’s no question that careful exposure to sunlight has both physical and emotional benefits for us.

When we consider light and dark metaphorically, we have all kinds of possible understandings. This week’s Torah reading, Mikketz, is most often read on the Shabbat that falls during Hanukkah (although not this year). The parashah begins with Pharaoh having two dreams, which none of his advisors could interpret. The cupbearer, who had been imprisoned with Joseph, spoke up and suggested that he be consulted. After all, he had successfully interpreted his dream, and the baker’s dream (didn’t work out so well for him).

Pharaoh ordered Joseph to be brought out of prison; he had his hair cut and was given new clothes. Joseph went from the darkness of the dungeon to the brightest light–Pharaoh’s palace. Ultimately, Joseph becomes second-in-command to Pharaoh and saves the world from famine.

Joseph, the man whose dreams at the age of 17 landed him in Egypt to begin with, has grown up. He understands that his ability to dream and to interpret dreams is a Divine gift and has learned to use that gift wisely.

The Babylonian Talmud, in tractate Berakhot, discusses dreams, and what a person sees in their dream, quite a bit. For every sage who sees dreams as omens or a harbinger of things to come, there’s another sage who insists that “matters of dreams are insignificant.” Welcome to the rabbinic world!

As the year 2020 comes to a close, may the dreams that frighten us in the dark dissipate in the light of day. May the pleasant dreams be remembered, and may they do their part to be lights within our souls.