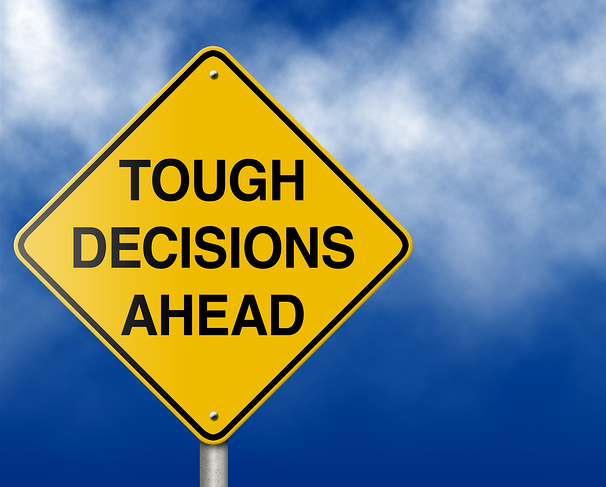 What happens when two things of equal importance are put before you? How do you decide which to focus on? Our Torah reading this week, Vayera, opens with just such a dilemma,

What just happened here? God, the Supreme Creator of the Universe, was “standing” in front of Abraham, and he focused on three men who suddenly appeared? I’d be wondering if the heat was getting to him! That said, the language of the Torah is brief, much is left unsaid, requiring us to read between the lines. This is one of the ways that Midrash is created; there’s a problem, challenge or question in the text that needs to be explained.

Here, I imagine a brief conversation between God and Abraham: “Abe, it’s me, God. We need to talk.” “Great, what’s up? Oh, wait, these three men suddenly appeared, I’ll be back.”

Imagine behaving like that in front of a melekh basar va-dam, “a flesh-and-blood king”! Good thing God isn’t a human monarch.

One understanding of how the universe was created is the concept of tsim-tsum, where the Holy Blessed One made itself smaller so there would be room for us. We were created to be God’s partners in making the world a better place, and especially to care for–and about–others. Abraham risks invoking Divine wrath at “putting God on hold,” but God waits patiently (I assume) for Abraham to tend to his guests.

On daf/page 86b in Talmud tractate Eruvin, a story is told of a synagogue in ancient Israel where the Torah scroll, stored in another location, hadn’t been brought to the synagogue before Shabbat began on Friday. Since there was no eruv (in this case a Shabbat boundary that would permit carrying), the dilemma was to have Shabbat services without a Torah scroll, or to violate Shabbat by carrying it anyway. While the Sages of the Talmud are clearly uncomfortable with the solution of covering pillars with sheets to make a corridor, permitting carrying, a decision to properly observe Shabbat had to be made.

We’re continually faced with competing priorities and competing mitzvot. May we be blessed with the ability to choose wisely.