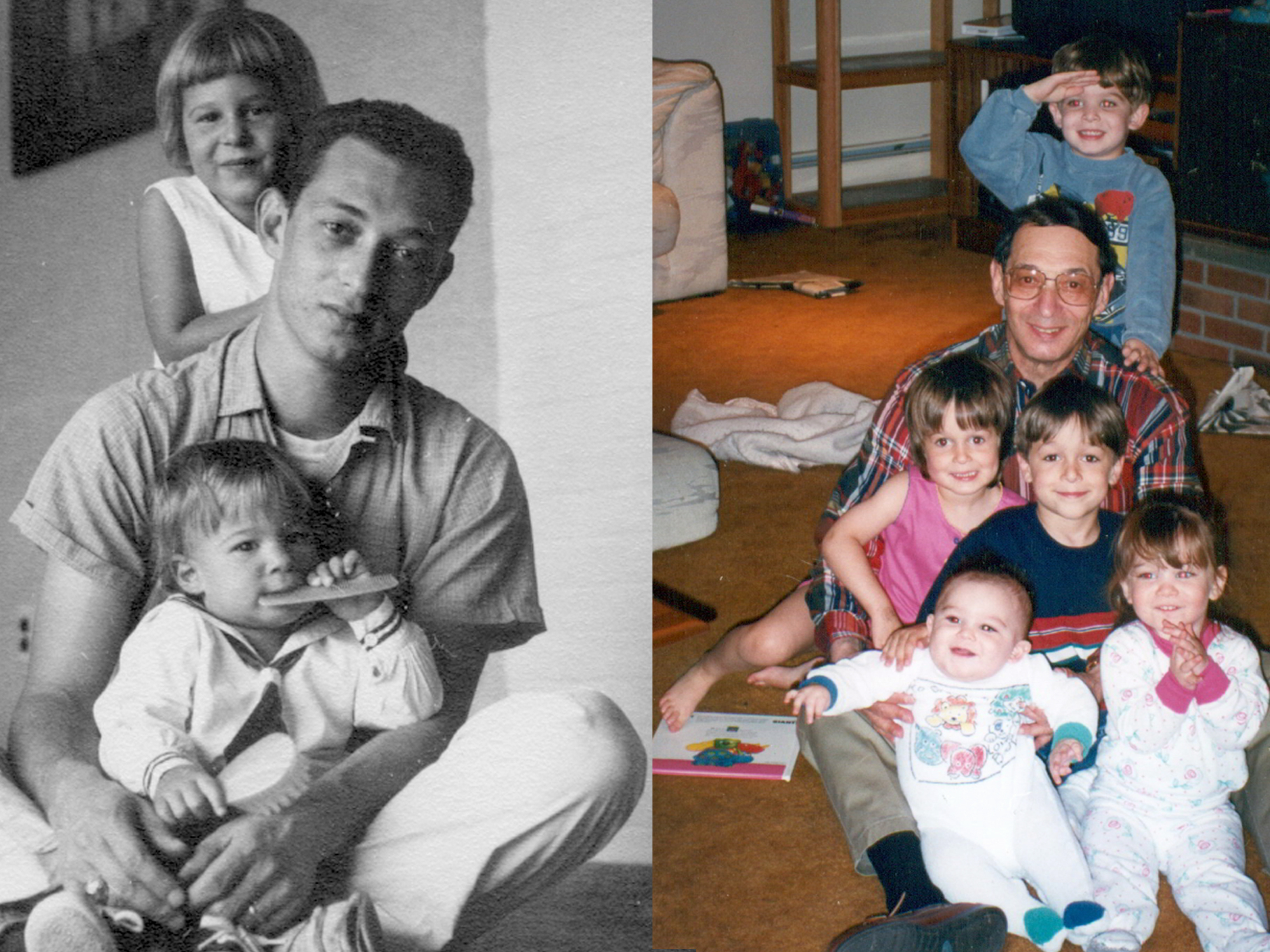 From father to daughters to grandchildren. L’dor va dor

While I don’t (yet) have grandchildren of my own, there are a few kids out there who call me “Rabbi Grandma,” and it’s something I cherish. I don’t get to see them often, but they do have their own families as well. It occurs to me that while the Torah loves genealogies–and lists descendants down through several generations–until this week’s parashah, Vayechi, the Torah is silent about any actual relationship between grandparents and grandchildren.

Vayechi… and Jacob lived 17 years in Egypt once he was reunited with his favored, beloved son Joseph for whom he had been grieving the past 30+ years. At this point, when Joseph heard that Jacob was ill, he brought his two sons, Menashe and Ephraim, born in Egypt, to visit. I’m reminded how as a young girl, my mother took my sister and me to visit our great grandmother, Grandma Becky, in the nursing home. However, Joseph’s sons are teenagers now, and I have to wonder why they hadn’t visited their grandfather before. Perhaps they did, but the text doesn’t tell us.

Jacob’s eyesight was poor because of his advanced age, and he didn’t recognize the two young men standing with his son. Once they were presented, he asked that God who blessed him and kept him from harm, bless Joseph’s sons. This doesn’t happen with any of Jacob’s other grandchildren, and it makes makes me wonder what makes this relationship special.

It could be that Jacob has a special place in his heart for the children of his favorite son, and it could be that Joseph, having been separated from his father for so long, wanted to make up for lost time. Or that he could have been obeying the commandment to kabeid et avikha v’et imekha, “honor your father and your mother” and this was his way of showing honor.

Another possibility is one that is as relevant today as ever, and not only in the Jewish community: Will my grandchildren follow in my traditions and my faith? Assimilation isn’t new, and when families are separated because of distance–for very valid reasons–the values of the older generations aren’t as easily passed down.

Menashe and Ephraim were the only two of Jacob’s grandchildren both in Egypt to a presumably Egyptian mother. Their father was second in command to Pharaoh; did he still practice his faith and believe in God? Jacob needed to be reassured before he died, and Joseph allowed this to happen.

The prayer that we know as “The Shema” are Deuteronomy 6 verses 4-9, beginning with Shema Yisrael, Ado-nai Elo-haynu, Ado-nai Echad, “Hear O Israel, the Lord Our God, the Lord is one.” When we say this in prayer, an extra statement is inserted; Baruch shem k’vod malkhuto l‘olam va-ed, “Blessed is the name of God’s Glorious Kingdom Forever and Ever.” In traditional congregations, that inserted verse is said quietly, except on Yom Kippur, which is a discussion for another time.

Here, the story goes that Jacob was worried about his grandsons’ commitment to Judaism, and Ephraim and Menashe assured him, “Listen, Israel (Jacob’s other name) the Lord is our God, One God.” To which Jacob responded, Baruch Shem k’vod… as a way of saying that he was blessed with grandsons who would follow his faith. To this day, parents bless their sons at Shabbat dinner with Jacob’s words, Y’simcha Elo-him k’Ephraim v’khi Menashe, “May God make you like Ephraim and Menashe.”

To me, it means, “May God help you to be someone who values the teachings of your elders, just like Ephraim and Menashe.” And no matter how old our children or grandchildren, and–God willing–great grandchildren are, they will always benefit from our knowledge, our wisdom, our presence and our blessing.