The Stuff Dreams Are Made Of 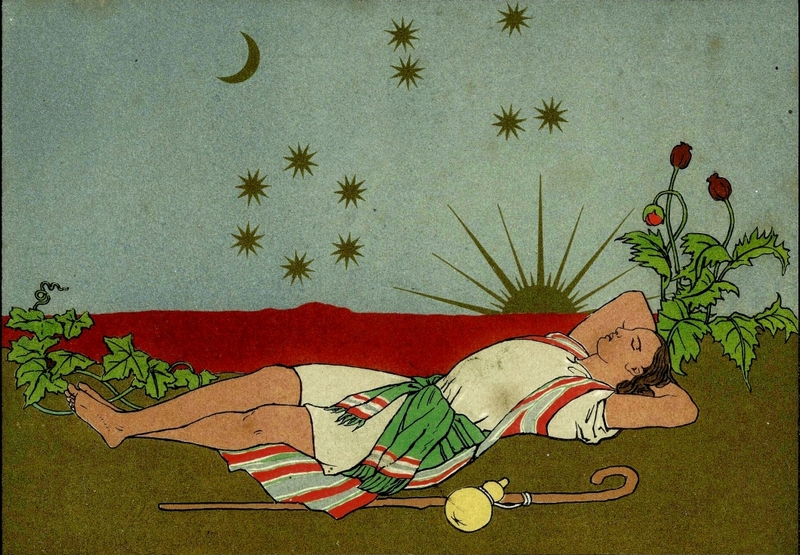 The other night I dreamt that I started smoking again and I was furious with myself; quitting smoking isn’t easy, and I was upset that I’d have to start that process all over again. These kinds of dreams are called “drug dreams,” and they’re common in people recovering from addiction. While the dreams tend to be more frequent in the early stages of recovery, they can happen years later; in my case, still happening 32 years after my last cigarette!

Although there’s plenty of medical literature about these types of dreams, and dreams in general, we still have a lot to learn about our dream lives and its effect on our waking lives. Our Jewish tradition takes dreams quite seriously, and this week’s Torah reading begins and ends with dreams that foretell the future.

When this week’s Torah reading, Vayeshev, (“and he dwelled”) opens, Joseph is 17 years old, and from the way the biblical narrator describes him, he’s a thorn in his brothers’ sides. He tattles on them and uses his position as the favorite son to taunt them. Even Jacob seems to get tired of his behavior, because he’s incredulous over Joseph’s second dream: “’This time, the sun, the moon, and eleven stars were bowing down to me.’ His father berated him, ‘What is this dream you have dreamed? Are we to come, I and your mother and your brothers, and bow low to you to the ground?’ So his brothers were wrought up at him, and his father kept the matter in mind.”

But it seems that the very next thing Jacob does is put Joseph–his favorite son–in harm’s way, when he sends him to check on his brothers, who were tending the flocks in Shechem. Since we’ve read the story before, we know that his brothers sell him as a slave to a caravan heading to Egypt. There, he quickly rises to prominence and just as quickly, ends up in prison, where he meets Pharaoh’s baker and cup-bearer and interprets their dreams.

A good 10 years have passed, and Joseph has grown quite a bit. He has gone from dreamer to dream-interpreter, and seems to have developed a sense of humility that was missing in his youth. His self-centeredness has morphed into a sense of responsibility, along with the realization that he has been given a gift by God. His personal growth during this time in Egypt will become evident in next week’s reading, Mikketz, when God determines that Joseph is ready to emerge from the darkness of the dungeon and take his place in history… because dreams really can come true.