How Did Moses Face His Fear of Dying? 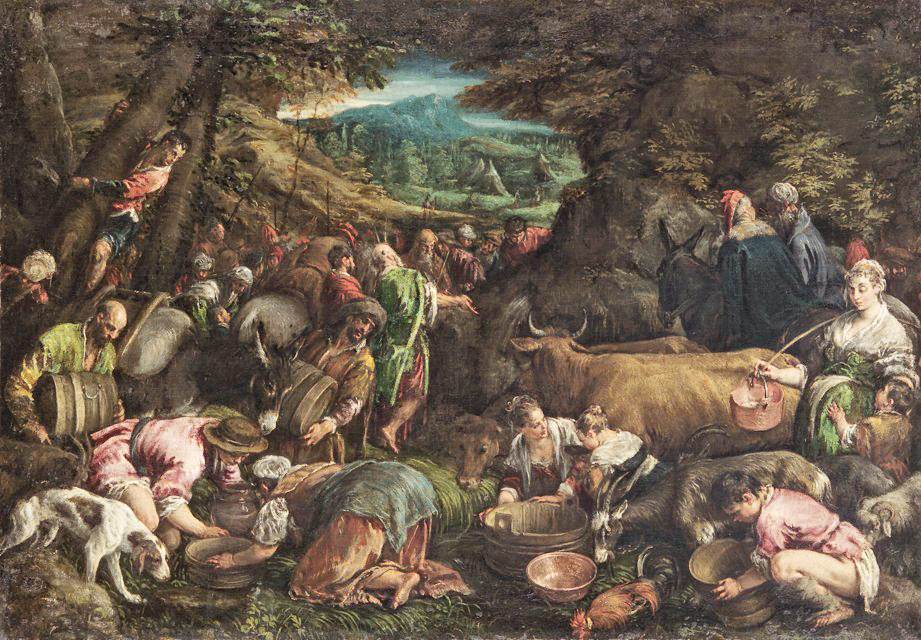 Moses striking the rock instead of speaking to it.”

On a recent walk, I was listening to the Hidden Brain podcast on NPR, and chose to listen to an interview with Dr. Sheldon Solomon called “We’re All Going To Die!” Feeling strongly as I do that we live in a society that thinks we can somehow “cheat” death, I was interested in hearing what he had to say.

Dr. Sheldon Solomon and his colleagues, Drs. Jeff Greenberg and Tom Pyszczynski, have done extensive empirical research based on the theories of Ernest Becker (author of Denial of Death, 1973). They posited that being reminded of one’s mortality impacts that person’s behavior in various situations. In a study of judges in Tucson, AZ, the researchers gave half of the judges a questionnaire that included something about death, and the other half the same questionnaire but without that question. Afterwards, the judges were asked to set bail for a prostitute. For the control group, the average bail set was $50, which is about the average. For the group where death was mentioned, the average bail was $455! Other studies confirmed that when people were reminded that eventually they would die, their attitudes and behaviors were different than the control groups who were given the same questionnaires, but without the reminder of death.

Based on Becker’s work, Solomon et al came up with Terror Management Theory, which proposes that a basic psychological conflict results from having a self-preservation instinct while realizing that death is inevitable and to some extent unpredictable. This conflict produces terror, and the terror is then managed by embracing cultural beliefs, or symbolic systems that act to counter biological reality with more durable forms of meaning and value. You can read more about this in the book The Worm at the Core: On the Role of Death in Life by Solomon along with Jeff Greenberg and Tom Pyszczynski.

I bring this up now, as we approach Shabbat Hol Hamoed Sukkot, because the special Torah reading, which takes a break from our weekly reading series, begins by speaking about Moses’ frustration at being chosen by God to lead the Israelites into the Promised Land (Exodus 33:12). The past few Shabbat portions have focused on Moses’ impending death at the age of 120, along with the transfer of leadership to Joshua.

The reason most often given for why Moses wasn’t allowed to enter the land has to do with the incident where he “hit the rock” rather than speaking to it as God had commanded, so that it would bring forth water. It made God look silly in the people’s eyes, and appeared to be an overt act of disobedience. However, as I’ve written before, the people had no water because Miriam had just died, and in my mind, Moses was acting out of grief.

Having heard Dr. Solomon interviewed on NPR’s Hidden Brain podcast, Moses’ behavior makes even more sense. When someone dies, each of us is reminded of our own mortality, but unlike a possible “brush with death,” which often impels people to make positive changes in their lives, Terror Management Theory shows that the reaction is different when one is simply reminded of his or her mortality. In fact, a study of Israeli soldiers found that those who were aggressive drivers to begin with, became more aggressive when faced with the idea of their death.

As we age, the reality of death gets closer, and the anxiety of death–perhaps not the “being dead” part, but the dying part–looms larger in our minds. When this comes up, when we attend a funeral or shiva, when we hear of a celebrity death, especially someone younger, we can be aware of our reactions and feelings, and choose our behavior.

The gates are still closing. We pray for health and life for ourselves and those around us. May we be blessed with the presence of mind to take a moment to breathe, think and speak before we react.