When Circumstances Overwhelm, from Jerusalem to Charlotte 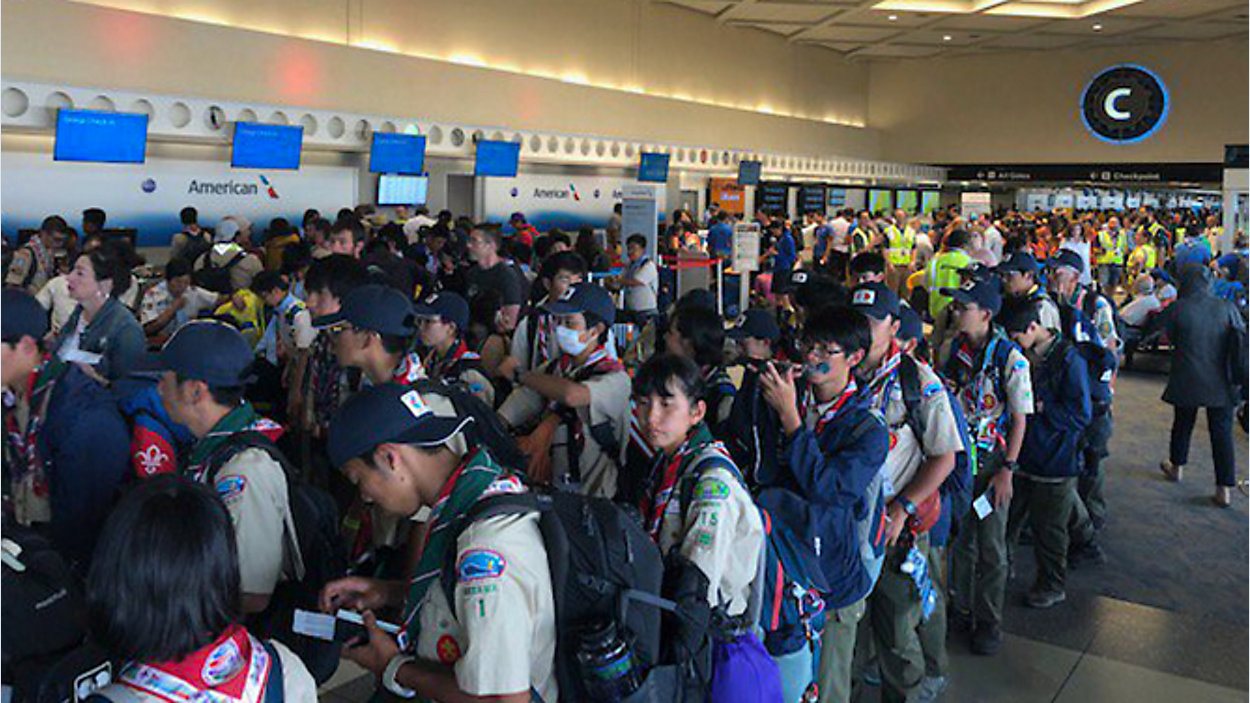 This past Friday, thousands of Scouts from the US and abroad spent more time than they expected to at the American Airlines’ Terminal in Charlotte, NC. Delays at an airport are no surprise; it happens to just about anyone who uses air transportation.

What made this particular situation newsworthy–although I’m not sure how newsworthy–was social media; Twitter, to be exact. A mother of a Scout sent a taunting tweet to the airline, suggesting “that (the Boy Scout motto), ‘Be Prepared’ didn’t apply to American Airlines.” They may not have been as prepared as they could have been, but that’s not the point.

As someone who was at the World Scout Jamboree and aware of the difficulties of getting 12,000 scouts (just in our base camp) onto charter and shuttle buses in pouring rain with thunder and lighting, I have some sympathy for the airline, which was already backed up because of weather issues the evening before.

As we begin the book of Deuteronomy, whose Hebrew title is Devarim, which means “words,” I feel that the universe gave me a gift with this news article. Words matter; not only what words we say, but when and to whom we say them. Engaging in this war of tweets did nothing to get these scouts home any more quickly, or to alleviate an already difficult situation. Going only by what was published online, it seems that whoever controls the tweets at American Airlines responded appropriately and professionally, and I applaud that. As Dale Carnegie once said, “it takes two to have an argument.”

Tisha B’Av, when we remember the destruction of both Holy Temples in Jerusalem, comes on the heels of reading Devarim, and some of our sages connect these destructions and the ensuing exiles of the Jewish community with improper use of words among the people.

There is, however, a positive side to this, and that’s called resilience. These scouts who were delayed at the airport, possibly missing flights or connections, learned some new coping skills. They learned how to take what was happening in stride, and to make the best of a difficult situation. At least I hope some of them did. Had the Israelites in 586 BCE and 70CE, when Jerusalem was destroyed, simply tweeted that their armies couldn’t protect them, there would be no Jewish people today. We learned from adversity, and I pray that years from now, once the scouts have had hot showers and slept in their own beds, that they will look back on this experience as one that helped shape their lives.