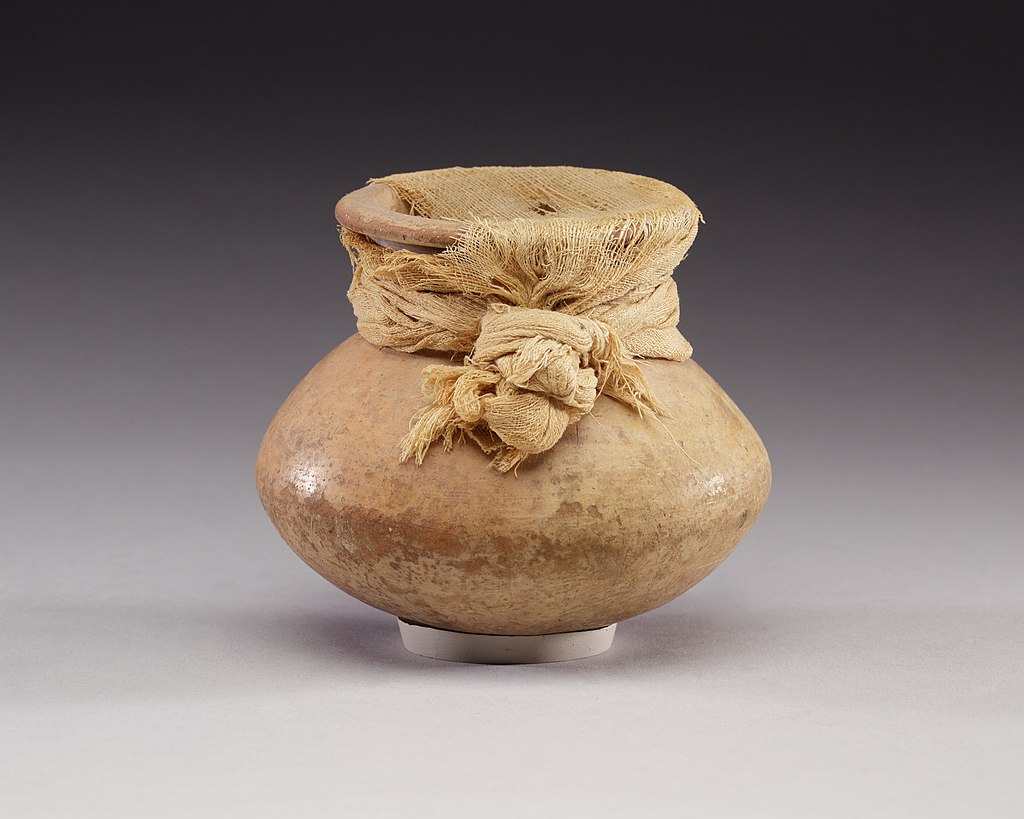 This week’s Torah portion, Beshallach, begins with the Israelites crossing Yam Soof, the Red Sea (literally, the “Sea of Reeds”) and leaving Egypt behind. There are immediate difficulties, most specifically, a lack of water and of food, that prompt the Israelites to begin to grumble and rebel. In order to sustain the people, God sends manna from heaven (Ex. 16:14-15) which the people were to gather every day except on Shabbat.

What often gets overlooked in the story, is the commandment that an omer, a measure of the manna be kept in a jar with a tightly fitting lid, l’mishmeret l’dorotaykhem, “to be kept for all generations.” The reason God gives for this is so that the descendants of those who left Egypt “may see the bread that I fed you in the wilderness when I brought you out from the land of Egypt.”

I have no idea of what ultimately happened to this jar, which according to our Midrash, was by hidden in a safe place by King Josiah, along with the Tablets, Aaron’s staff and the anointing oil for kings, in case Jerusalem were besieged. Perhaps one day Indiana Jones (or Monty Python) will search for it.

We can translate l’mishmeret as “for a keepsake,” like a memento or a souvenir of a trip. We all have them in the form of photos, figurines, T-shirts, hats and mugs. I still have a beautiful dark green skein of Soul Wool yarn that I purchased in Tel Aviv in 2012. Someday I will knit it into something. Maybe. In the words of organizational expert Marie Kondo, “it sparks joy.”

Does the manna in the jar spark joy, or does it take joy away? The joyous knowledge and memory that God sustained us in the wilderness for 40 years is tempered by, “We were stuck in the desert for 40 years!”.

Life isn’t an all-or-nothing proposition, and neither are our memories and mementoes. May we be blessed to keep both.