What Were They Thinking???!! 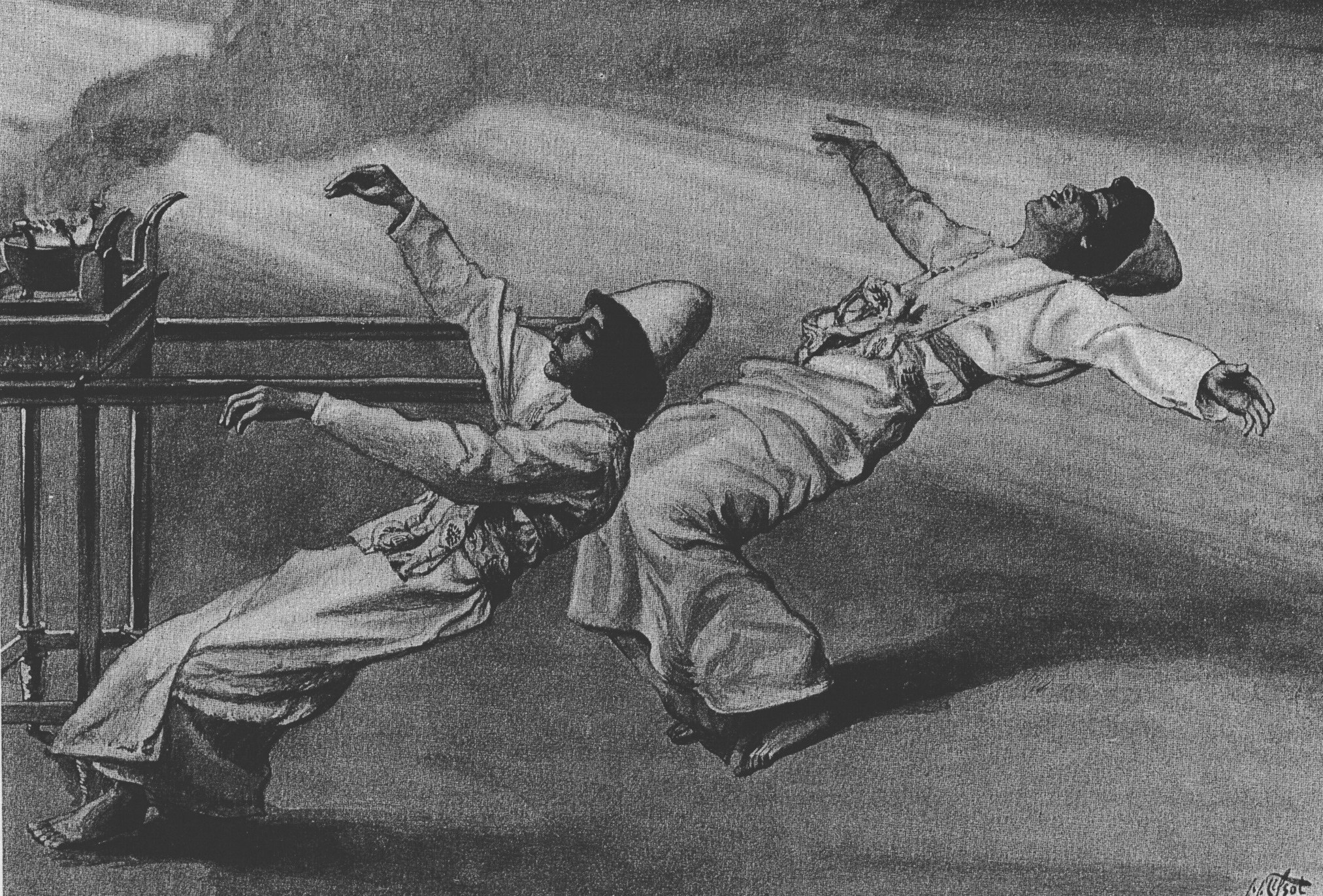 When I subscribed to the Sunday The New York Times, the Magazine occasionally ran a featured called, “What They Were Thinking.” There would be a photo from several years earlier, and the subject or subjects of the photo tell the reporter what they remember thinking when it was taken.

Imagine a biblical version of this showing a photo of two young men in priestly tunics being dragged away from the altar, after they attempted to present a korban, an offering to God. Just before, they had prepared their fire pans and put incense in them. God hadn’t commanded this offering; and a fire came from God that consumed them, and they died. Aaron and Moses and the other priests are standing by, stunned.

Aaron is unable to grieve for his sons. “I remember how proud I felt watching Nadav and Avihu prepare their own korban after they helped me with the offerings that God had commanded. But I guess I was a little apprehensive also. Moses hadn’t mentioned anything about incense for offerings, and I’m not even sure where they got the stuff, to be honest. Everything happened so quickly, and there was nothing I could do. Couldn’t God have given them the benefit of the doubt? It was Kiddush Hashem, sanctifying God’s name, really.

Moses was also surprised, but was more aware that God had a temper. It was just before this incident that Moses had to talk God out of totally destroying the people because of the Golden Calf. Moses remembers, “They were just like that guy Icarus in Greek mythology who flew too close to the sun and melted his wax wings. I get that Nadav and Avihu wanted to get closer to God, after all, the word korban means to draw close. But they tried to get too close, and they were too enthusiastic. They didn’t stop to think if that was what God wanted from them. I guess God had to send a really strong message.

“It wasn’t just the incense. God saw it as a lack of respect for their father, Aaron. I wrote that commandment in stone twice, ‘honor your father and your mother so that your days on earth will be lengthened.’ I guess since Nadav’s and Avihu’s days on earth were cut short, they must have violated that commandment. The Shulchan Aruch basically says you shouldn’t sit in your parent’s chair, and maybe that’s what God thought they were trying to do.”

In the Torah a person’s name can foreshadow his or her fate, and perhaps that’s the case here. “Nadav” was the volunteer; the first to offer to help with the korbanot, always eager to please. “What was I thinking? I wish I could do it over. Maybe I would have done things differently, maybe not. I remember how good it felt watching all of the Israelites literally fall on their faces in awe after my father’s sacrifices, and I saw how good my father felt. Yeah, I had a part in it, and it felt good. I knew I was nowhere near ready to do what my father had done, but I really did want to be just like him some day. I can’t blame Avihu, even if it was his idea to offer the incense afterwards. Some people thought he was drunk, or had smoked some of the incense, but I knew better. Avihu was impatient, and he thought he could show God that he was ready to do what our father was doing.”

The name “Avihu” can mean, “he is my father,” suggesting he might try to replace Aaron before his time. “This d’var torah is making me out to be the bad guy, and that’s not fair. How could I have known this would happen? Not a day goes by that I don’t see my father’s face. My mother’s too, but she’s not even mentioned. What this did to her! There’s an emptiness in her eyes that just kills me.

“Like Nadav said, I wasn’t drunk. I really did want to get close to God like my father. You know that saying, no person is totally worthless, he can always serve as a bad example? Well, that was me. Us. We blew it, what can I say? And right after all of this happened Moses started telling the people God says eat these animals, don’t eat those animals … this is clean, this isn’t … no reasons, just lists. God has a lot of lists, and rules. Not that it helps me, but I learned something from this. God wants us to think about what we’re doing, so it doesn’t matter why an animal or bird is or isn’t kosher, what matters is that we stop and think before we eat it. I didn’t think before I acted, and I never thought about consequences. I see that now.”

King Solomon said “If you are wise, your wisdom will reward you (Proverbs 9:12).” Midrash Tanchuma quoted that to explain that God gave the mitzvot, the commandments, to refine humanity and Israel, to help make us better. The narrative of Nadav and Avihu reminds us that we have the power to choose our actions, and I pray that like King Solomon, we all continue to choose wisely.