The Blessing of Time, the Time for Blessing 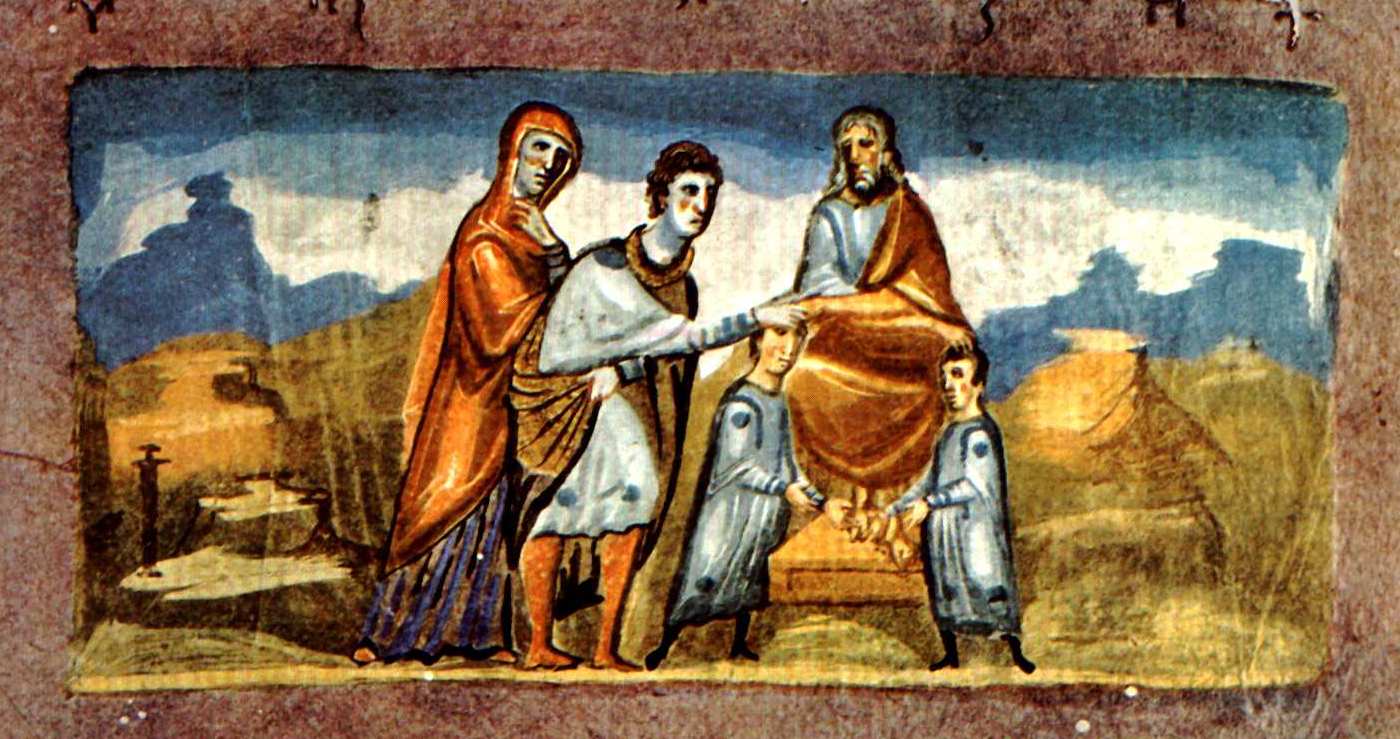 Page from the Vienna Genesis, Blessing of Ephraim and Manasseh.

A man went to the doctor for a battery of tests. When they were finished, the doctor came back into the room with a solemn look on his face. He said to the patient, “I’m sorry to have to tell you this, but you have 6 months to live.” The patient replied, “That’s great!” The doctor was confused, and said, “Did you hear what I said?” and the patient replied, “Look, I could get hit by a truck tomorrow, now I have a guarantee of 6 months!”

Life is uncertain, but I think most of us would take our chances with the truck, as opposed to the “guarantee” of a finite amount of time. But there’s something to be said for knowing that time is running out. In some respects, it makes it more precious. We’ve all heard the saying, “Live each day as if it were your last, and in the book of Kohellet, Ecclesiastes, the author says, “The day of death is better than the day of birth.”

This week’s parashah, Vayechi, which is translated as “And he–meaning Jacob–lived,” opens with our third patriarch, who is aware that the time of his death was approaching. He had lived a long, full life with plenty of joys and sorrows, but in the end, was not only able to see his beloved son Joseph again, but to see Joseph’s sons, Ephraim and Menashe, grow up. This is the first instance of someone in the Torah suffering from an illness of some sort and being cognizant of the end approaching. The others, it would appear, got old and simply died one day.

Jacob’s illness was a gift, a gift of time and an opportunity for him to bestow blessings upon his sons, and on Joseph’s two sons. Once he has blessed each them, Jacob summoned all of his sons, promising to tell each of them what will happen in the days to come. But instead, he speaks to about each one’s character and special gifts, the positives and the negatives, and he doesn’t mince words.

Midrash Bereshit Rabbah doesn’t let this switch go by, and suggests that the spirit of prophecy left Jacob for a few possible reasons. Perhaps we aren’t meant to know the future because it might lead to despair or complacency. Perhaps what Jacob foresaw was quarreling and bloodshed among his descendents. As 21st century individuals reading this, we might understand this to mean that we create our own futures based on who we are and what we do.

Jacob is able to tie up unfinished business, and he’s able to leave a legacy to his children and to all future generations.

Next week at this time it will already be a new year, and we’ll have said goodbye to 2017, a year of joy and sadness, birth and death, accomplishments and regrets. When Kohellet wrote that the day of death is better than the day of birth, he suggested that our final days are an opportunity to look back on all we have lived through, the good and the bad. And this is what Jacob does in his final days in parashat Vayechi. Life doesn’t come with guarantees, and unlike the carton of milk in the fridge, we don’t know our expiration dates. Unlike Jacob, let us try to be aware of the beauty around us, of the everyday miracles, of the people we love and care about, and of all the blessings in our lives.