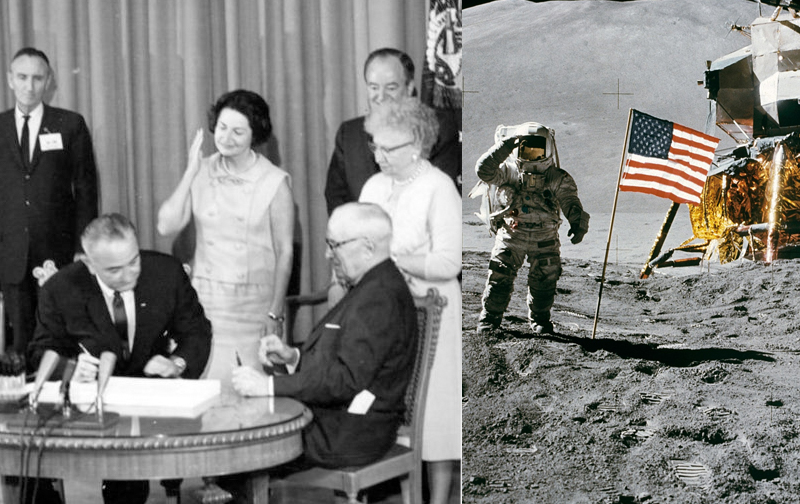 This Shabbat we read the combined parshiyot of Mattot and Massei, finishing the book of Bamidbar, which literally means “in the wilderness.” The Israelites have been wandering in this wilderness for about 40 years since they left Egypt, and during that time traveled to quite a few places.

Once we get through this travel diary, however, the Torah turns its attention to instructions regarding the land that they’ll soon be entering. The distinct borders of the land are set, and each of the tribes, with the exception of the tribe of Levi, is given its area. The tribes are then told to create 48 cities for the Levites to live in rent-free, and in return, they would serve as the priests, supported by the community. Cities of refuge were to be created for people accused of murder, and finally, there’s a discussion concerning the daughters of Zelophechad, who had successfully petitioned to inherit their father’s land, as there were no sons.

On the subject of journeys, 59 years ago, on July 29, NASA was created and our quest to explore new worlds began. What’s more, 48 years ago today Apollo 11 landed on the moon. Neil Armstrong became the first person to set foot on the moon followed by Buzz Aldrin.

And 52 years ago, on July 30, President Lyndon Baines Johnson signed the Social Security Act of 1965, which included establishing the Medicare program, into law. At the bill-signing ceremony, he presented former President Harry S. Truman and his wife, Bess, with the first two Medicare cards.

There’s a lot to say about the connections between this week’s Torah readings, space exploration and Medicare, and one thing that connects them is that fact that they were all ahead of their time–perhaps even radical.

The concepts laid out in Masei, such as creating cities of refuge to protect murderers from revenge, supporting a segment of the community, and allowing women to inherit property were probably radical for their time and place. Medicare may not have been a radical concept that just popped up in 1965, but it changed healthcare in the United States and has been a subject of political and social contention ever since.

Medicare is most often associated with turning 65, an age at which people often retired from work and began a new chapter in their lives. As the Israelites prepared to enter the promised land, they prepared to begin a new chapter in their collective lives, along with a new book, which we begin reading next Shabbat. Moving from a nomadic wilderness society to a settled urban and agricultural society will be much more complex, similar to how navigating the healthcare and Social Security systems and our extended life spans has become for us.

Without coming out and specifically saying it, Masei provides a framework for social justice; recognizing that once the people are settled in the land there will be no utopian society–there will be violence, people will need to care for others, and everything in between. By creating cities of refuge for murderers, God instructs the Israelites, and us by extension, to value human life, even if others may not. Allowing women to inherit property–even though they have to marry within their tribe–puts women almost on a par with men. And requiring the community to provide for the Levites allows for diversity in a variety of ways, and serves as a reminder that people aren’t all cut from the same cloth.

I have no intention of making a political statement about the state of the US economy or the proposed healthcare bill that could be on a 40-year journey, but I do hope and pray that our lawmakers will come to an agreement that will be for the benefit of all.

May we be blessed with the strength to care for others, to value all human life, and to continue to explore new worlds.