Compassion – Across the Divide 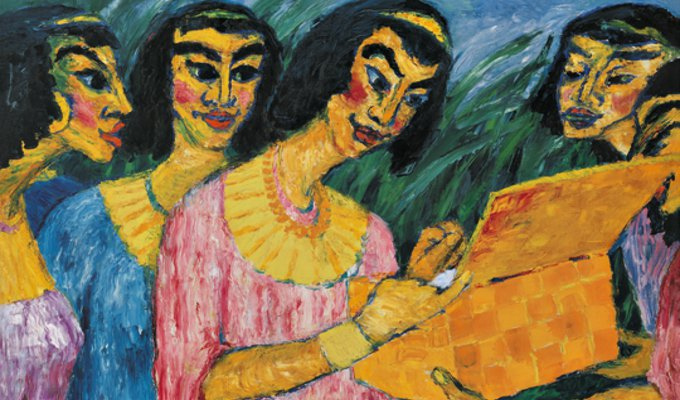 Passover is a commemoration of the Israelites’ journey from slavery in Egypt to redemption and freedom in the wilderness of Sinai. When we read and tell the story during the Maggid portion of our seders, we begin with disgrace, avadim hayinu l’faro b’mitzrayim, “We were slaves to Pharaoh in Egypt,” – and we end with the glory of redemption, atta b’nai chorin, “Now we are free.”

If this were the beginning and the end, perhaps, Dayenu! – It would have been Enough! – but unlike Independence Day in the US, which has become “the 4th of July,” there’s much more to the story. Every year as Passover foods hit the supermarket shelves (way to early, in my opinion) haggadot with various themes begin to appear online; offering additional insights for our seders and new ways to make the story come alive.

This past week I, along with several other rabbis from Long Island and Queens, had the privilege of attending a day of learning with Rabbi Shai Held of Mechon Hadar. Among the teachings and discussion were the ideas of the Exodus story, celebrating the forces of life in a place of death (think killings of the first born), and the idea that compassion transcends ethnic borders and boundaries.

First, in Exodus 1:15-17, Pharaoh speaks to the “Hebrew Midwives,” lam-yaldot ha ivriyot, and tells them that when they attend to the Hebrew women giving birth, any males were to be killed. Our Sages spent a lot of time wondering; were the midwives, Shifra and Puah, Egyptian women or Hebrew women? It’s not clear from the text, but to make my point, let’s assume they were Egyptian women who “feared God” and didn’t obey Pharaoh. Does this mean they had reverence for the God of the Israelites? Or were they acting out of compassion for the Israelites, even if they were supposedly adversaries?

A second demonstration of compassion is when Pharaoh’s daughter sees Moses floating in a teivah, a basket, and declares “This must be a Hebrew baby.” She had compassion for the crying child, and spared his life by making him her son. One can only imagine that father-daughter conversation!

If we listen to the news today and follow postings on social media, it might seem as though compassion for each other is a thing of the past here in the US, but that’s because good news rarely makes the front page. Just in the past three months, when we have seen such a rise in bias and hate crimes, we have also seen compassion and caring from those whom we might least expect … Muslims raising money to help restore vandalized cemeteries, Jews donating money and offering prayer space in synagogues to mosques that have been vandalized.

One of the many names for God is Ha Rachaman, The Compassionate One. This Passover, as we spill drops of wine during the recitation of the plagues – including a pineapple on our seder plates in solidarity with immigrants and refugees – and – texts reminding us that there is still work to be done – will reinforce the compassion towards others that should be at the front of our hearts and minds.