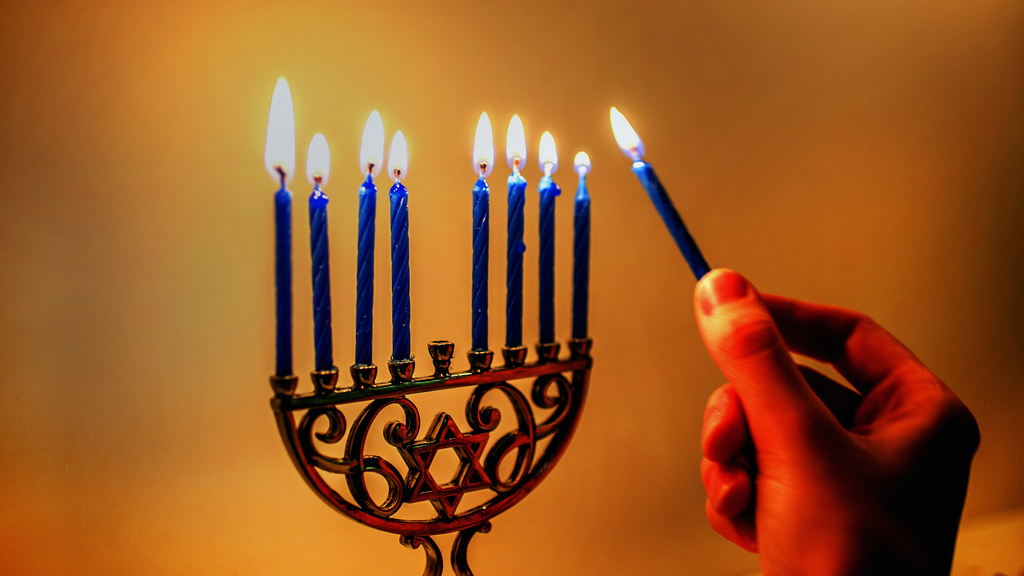 Parashat Mikketz, which is almost always read on Shabbat during Hanukkah, begins with Pharaoh’s dream of 7 fat cows being swallowed up by seven lean cows, and the seven hearty sheaves of wheat replaced by the frail, windblown ones. Perhaps it’s a coincidence, but there’s definitely a connection between the Torah portion and the festival; the idea that the weaker will prevail, the lean cows, the bare wheat, and the few Maccabees who defeated the many and mighty Assyrians.

The word “Hanukkah” means “dedication,” and the festival of Hanukkah commemorates the dedication of the Holy Temple after it had been desecrated it. We all know the story, they cleaned up and went looking for oil to light the menorah. Two children found enough oil to last for one night, but by a miracle, it lasted for 8 days and 8 nights.

The real story isn’t so simple. It’s not only the fact that the Jews weren’t allowed to practice their religion–but that many Jews were embracing the Hellenistic way of life; focusing on the physical instead of the spiritual, and taking on hedonistic practices. The Maccabees’ rebellion had as much to do with fighting this assimilation as it did with reclaiming the Holy Temple.

The pull of hedonism and philosophy of the time was too strong for Judaic teaching and study to overcome, some sort of miracle needed to happen to reclaim Judaism. The well-known story of the miracle of the oil–whether it actually happened or not–is only one of the miracles of Hanukkah. It also gives us a great excuse for eating latkes or sufganyot (jelly donuts). It also gives us one of the names for Hanukkah: The Festival of Lights.

Light plays a very important role all throughout Judaism. It was one of the first things God created. Light was essential for the miracle of Hanukkah, and also for the rededication of the Holy Temple that had become a place for pagan sacrifices. There was the light of the fires for the sacrifices to God, and the ner tamid, the “Eternal Light” that needed to always be burning above the altar.

We have both natural and man-made sources of light, but more importantly, each of us has a light inside of us. Each of us has the ability to bring that light to someone living in darkness. Israel may be a light unto the nations, but we are lights unto each other, and in this way, we help to do God’s work on earth, and engage in tikkun olam, “repairing the world,” making it a better place. May the lights of Hanukkah burn brightly in your windows and in your souls, and may that light continue to illumine the world as we move forward into 2017.